We are clapping for Milina

Heroes come in all guises at the moment, but Milina wouldn’t describe herself as one of those.

A student at Stockton Riverside College, up until a few weeks ago her days were taken up with studying Makeup for Production Arts and working part-time on reception in a beauty salon.

Today, however, the 17-year-old is one of those to have stepped up to help face the harshest reality of the coronavirus.

Working part-time as a trainee mortuary assistant at North Tees University Hospital, hers is among the many faces we don’t often see in this battle.

“I wanted to be able to help and this isn’t something that everybody can do,” she said.

She admits that it is a tough job, and there was a moment when she started the training that she doubted she would be able to do it. But she said: “I’m very stubborn so I thought I am not giving in and since then I’ve been fine.”

Just three weeks on she has found the experience to be life changing.

“It has changed my outlook completely on everything,” she said. “Including things like thinking when all this is over I am going to make more of an effort to go and see my nana and granddad.”

Milina is getting an insight that thankfully most of us will never see. It increases her frustration at those who continue to flout the social distancing guidelines.

She said: “You can be driving to work and there will be a group of people all standing together and I’m thinking, ‘What don’t you understand about this?’.

“But some people don’t see beyond the numbers on the news. It’s very different when you see the real people and you think this is a person with a family and lots of people are going to be affected by their loss.”

Supported and uplifted by what she describes as an amazing team at the hospital, and inspired by her mum who works at the blood bank, it has certainly been a time of massive change for Milina. She said: “It’s like living in an alternate universe.”

Glad to be able to play her part, she said: “It is nice to think, when we look back in the future, that I did something to help.”

The return of the “real world” for Milina brings with it the promise of starting university to study Special Makeup Effects for Film and TV in September.

Until then, she said: “I will stay here as long as I am needed. I have realised that I am a lot stronger than I thought I was and I am quite proud to be able to say that I am helping.” 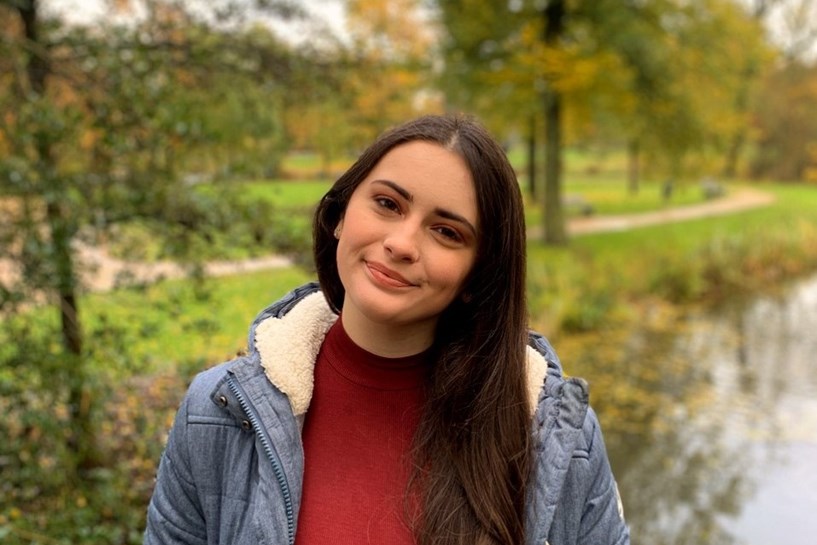