Imagine creating a short film or documentary without a cast, crew or location.

That has been the challenge faced by film production students at Stockton Riverside College getting to grips with their studies around the confines of lockdown.

However, the film students are a creative bunch by nature, so not only have they found ways of working through the current situation but they have even organised a virtual film festival to showcase their work.

Premiering on YouTube and their social media channels all this week, the UFilms Virtual Film Festival 2020 not only features work completed during the year but also has sections dedicated specifically to films created in lockdown.

“Given the theme of isolation the students have had to work to strict social distancing rules,” said Kelly. “This has meant having to think outside of the box and what’s been quite nice is that it has seen some mums, dads and family members getting involved.”

She said: “We have some students who have worked in groups but still maintained the social distancing rules, so that has meant meeting, sharing and in some cases directing virtually on channels such as Zoom. While in some films individuals have been their own cast, crew and director."

Among those organising the film festival and also creating content from home is student Thomas. He said: “It has been challenging but also very rewarding. I have quite enjoyed working around the restrictions because it forces you to think more creatively.”

Roping his parents in as the reluctant stars of his new short film, the 18-year-old from Middlesbrough explained: “Fortunately the competition is to create a three minute film with no dialogue so I guess, in different ways, that makes it both easier and harder.

“It’s a great thing that in college we have all the equipment and the ability to go out on location, but sometimes you are your most creative when you have to find ways to solve problems. This has been one big problem!”

Opening up the festival experience to other students the team invited submissions for competitions including screen makeup, an acting monologue and short film, even incorporating a junior category.

Sponsoring the competitions is film producer and BAFTA Breakthrough Brit, AJ Riach, a former Stockton Riverside College student, who has enlisted a panel of industry professionals to help with the judging.

Kelly said: “The annual film festival has become a big event for our students and they were devastated when, due to the lockdown, they realised it probably wouldn’t go ahead this year.

“The idea of doing it online was something that was mentioned as a passing comment and it has grown from there.

“Now it looks like it will be our biggest event so far. We have big names involved that we would never normally have access to; because they have free time at home they have made themselves available and we are so grateful.”

Thomas, who hopes to go on to study Film Production at the University of Salford, added: “It will be great in the future to look back at the festival and think we did that while also going through a global pandemic!”

The UFilms Virtual Film Festival 2020, with Stockton Riverside College, will introduce screenings from 6pm every night this week. To watch the students’ latest releases visit UFilms Productions on YouTube or click through from the college’s social media feeds.

Next week, as a bonus feature, viewers will be able to watch a selection of interviews carried out by the students with actor Adam Lannon, director Mary Lambert and writer Robin Bernheim. 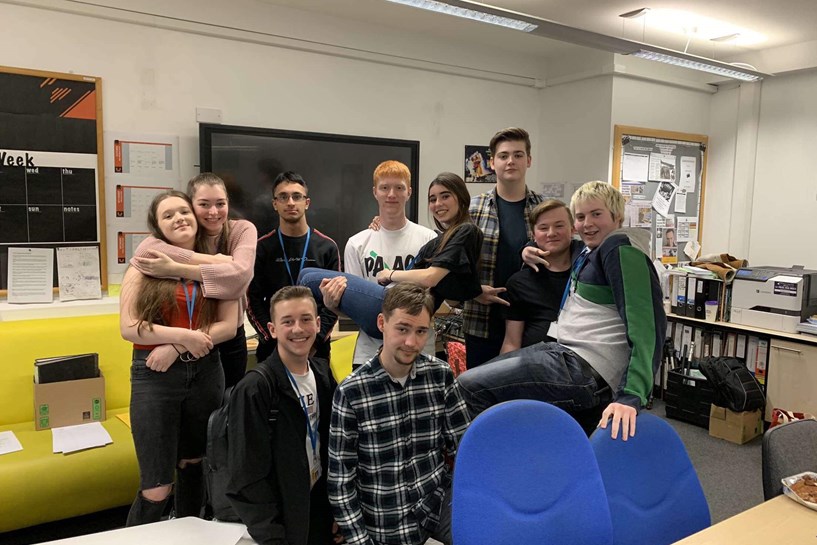