Tees River Rescue calls for volunteers to get on board!

Looking for a useful way to fill unexpected time at home? There’s a brand new charity in the Tees Valley that might just float your boat – and chances are you’ll recognise one of the team at the helm.

Tees River Rescue aims to protect and preserve lives in and around the River Tees by providing a rescue boat which can rapidly be deployed at the request of the emergency services. Calls are now going out for volunteers to help get the charity afloat later this year.

“The River Tees is quite literally the jewel in the crown in our area but at the moment it isn’t pro-actively safety patrolled,” said James Ruddock, who founded the charity, along with pals Rob Lynas and Phill Brette.

Describing it as one of those “chat over a pint in the pub moments”, James said: “We recognised a need and, wanting to help out in our local community, we thought let’s do something about this.”

With a shared desire to make a real difference, the guys didn’t hang about. In a matter of weeks they had a strategic plan in place, the charity was registered and fundraising is now well underway to purchase their first boat and kit.

James said: “It is all well and good having the idea but it’s worthless if you are not prepared to do anything about it. This is a way that volunteers can help meet what is a real need in our area.”

Once up and running, Tees River Rescue will provide a search and rescue service for an 18-mile stretch of the river, from Low Worsall to the Tees Barrage, with a fully trained voluntary crew on call 24 hours a day.

Taking inspiration from York River Boat, the charity will also carry out routine patrols to assist with river safety education and the prevention of incidents.

“The river is beautiful and people should be able to enjoy it,” said James, who by day works with students and young people as the Group Student Recruitment Manager with the Education Training Collective.

“But you only have to walk by the river on a sunny day to see the likes of people swimming in water that is used by powerboats, people intoxicated by the river’s edge and you hear of youngsters recreationally jumping from bridges into the water.

“By raising awareness and being out there and speaking to people, hopefully we can help to avoid some of the unnecessary accidents that occur as well as being ready to respond in the event of an emergency.”

For now, while the team won’t be able to meet or get out on the water just yet, it’s all hands on deck behind the scenes.

In need of both boat and land crew, James said the good news is supporters don’t have to have their sea legs to get involved.

He said: “This is about the community working together to resolve an issue. It’s not just the boat crew that will be needed, we need help with all aspects of running and supporting the charity effectively from fundraising to administration, marketing to boat maintenance.

“In fact, whatever people’s skill set we would say get in touch. Love to craft or knit? Help us by making little boats to sell. Whatever people can do to help, it all makes a massive difference!” 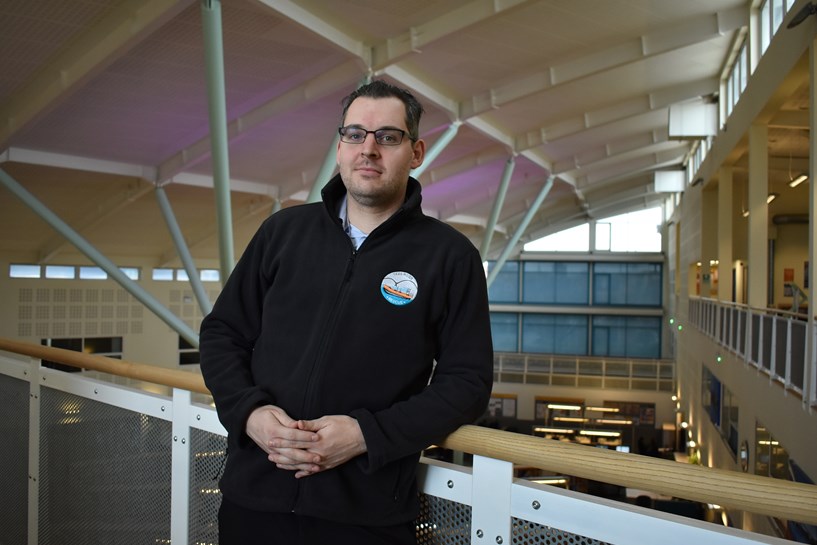