Can you help us hit our bumper animal charity target?

Unemployed students test their stamina with a week of charity challenges

A kind-hearted team of unemployed young people have set themselves a bumper challenge to raise money for a Bishop Auckland animal charity.

The Prince’s Trust group has planned a week’s worth of tasks to develop their own skills while helping out a good cause.

“We have been quite ambitious and set ourselves a target of raising £1,500 for Wetheriggs Animal Rescue,” said Prince’s Trust team member, Mark.

“We know that charities have been struggling during the pandemic and we want to give something back.”

The money would help to cover the daily running costs of the charity which would usually get most of its revenue through visitors to the centre. Forced to close their doors through the two lockdowns, it has been people’s generosity, including donations of animal food, that has helped to keep them going.

Fortunately, Wetherigg’s director Terry Bowes, said: “People of all ages have been so generous from pensioners to young school children. They have taken us to their hearts.”

Cutting their running costs back as far as possible, the charity still needs to raise £1,750 a week to keep going, so any funds raised by The Prince’s Trust team would make a massive difference to the charity and the animals it cares for.

The young people certainly haven’t made life easy for themselves, planning a series of challenges that include rafting, bush craft survival, a man hunt, a sponsored walk and orienteering - all working around restrictions and social distancing guidelines.

What’s more they have planned and organised every aspect of the event themselves, in an effort to develop their own personal skills and ultimately help them go on to find work.

Mark, 19, joined the Prince’s Trust course just after the first lockdown earlier this year. He said: “I wanted to build my team building skills by working with other people and also improve my CV.”

As it turned out he has got so much more. The 12-week personal development course, delivered by the Education Training Collective, offers unemployed people aged 16 to 25 the chance to take part in a whole host of activities, including work experience and a community project.

For the Bishop Auckland Team, local restrictions and a second national lockdown, meant they have had to adapt to work around the changing restrictions, but preparing for the five challenges has proven a good way of building their confidence and finding strengths they often didn’t know they had.

Mark said: “The different challenges seem to appeal to different people. We have great team morale and we help each other.”

For those tasks that don’t appeal so much, he said: “It has added that extra element of challenge. Personally, I never thought I would do anything quite like this.”

Assistant Team leader Liam Atkinson said: “We have such a good group, they have worked really hard and learnt so much.

“Raising this money for Wetheriggs is important to us as we have worked with the charity before and they have previously provided students with work experience.  This is a chance to say thank you at a time when all charities are also feeling the impact of the pandemic.”

If you would like to sponsor the team visit the link on the team’s Facebook page:  https://www.facebook.com/BishopPrincesTrustTeam 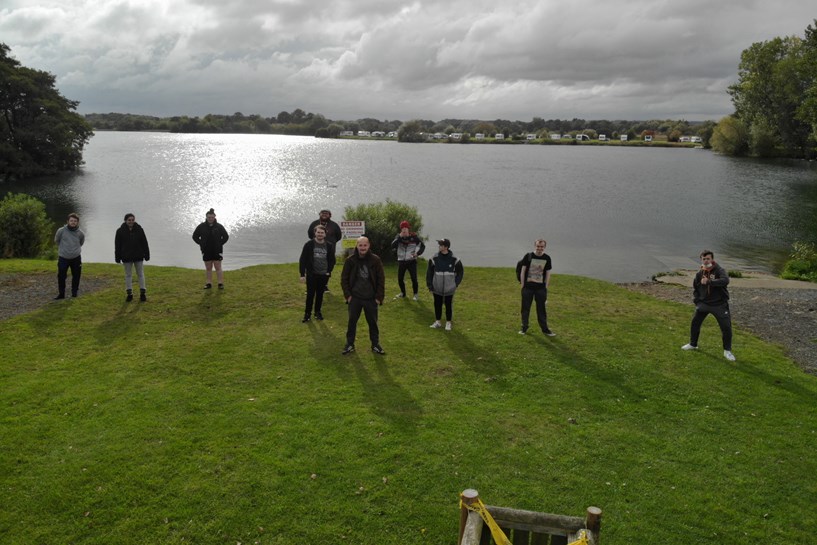