One year on: Ewan

Ewan, 19, has had an interest in TV and film production since he was young.

During his time at Bede Sixth Form College his favourite subject was Media Studies: “It stuck with me all through college – I really enjoyed it the whole time.” When he was just 11 years old he appeared on the TV show ‘Dick ‘N’ Dom Go Wild!’, and that kick-started his fascination with the industry.

A former student of Manor Community Academy, Ewan is now studying Film and TV Production at Teesside University. He said: “I’m loving it! I’ve passed all my assignments so far and learned loads from it already.”

“My favourite thing so far has been putting together our own live TV broadcast show, along the lines of This Morning and BBC Breakfast. I was leading on it so had a lot of responsibility and was a bit nervous, but we absolutely smashed it.”

Alongside his studies, Ewan is now working with Hartlepool TV. He recently directed and produced his own story, and it’s reached over 8000 views online. “I’m getting some hands on experience. I prefer putting together features and carrying out the filming as opposed to the journalism itself, so it’s ideal for me.”

Not only that, he is mentoring students who are interested in getting into film and TV, helping them with things like learning how to edit videos.

Looking back at his time at Bede, Ewan said that he learnt valuable skills from all of his courses: “Media was great – we covered a lot of things that are crucial for film and TV production. I now use all the practical skills we learnt both in my work and at university, and all of the assignments we did in our first year where we’d put together a short film and then write about it have taught me how to analyse my own projects and other people’s work.”

“In law I learnt how to be determined to finish my work to my best standard. Peter [law teacher at Bede] really instills a good work ethic in students and that’s something that’s made a big difference to how I approach my university work now, and all of the essay and writing practice in history with Tamara has had a good impact on my work now too.”

“If I could do any of my education again, I’d do Bede. I made great friends there, and the College has a fun, friendly, nice atmosphere. I’m confident that I wouldn’t have got the results I did if I went anywhere else.”

“If anyone asked me whether I’d recommend Bede, I’d say “Absolutely!”, and not to take it for granted while you’re here.”

Are you interested in studying at Bede Sixth Form College? Click here to check out all of our courses. 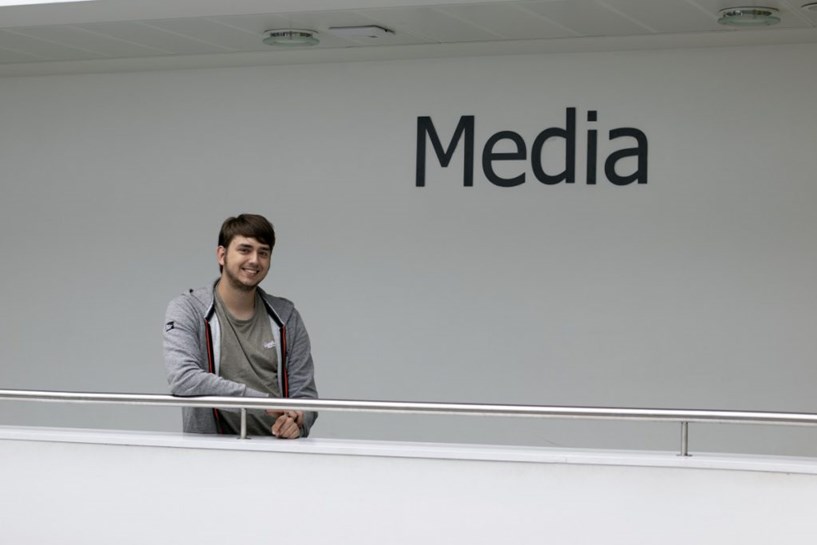